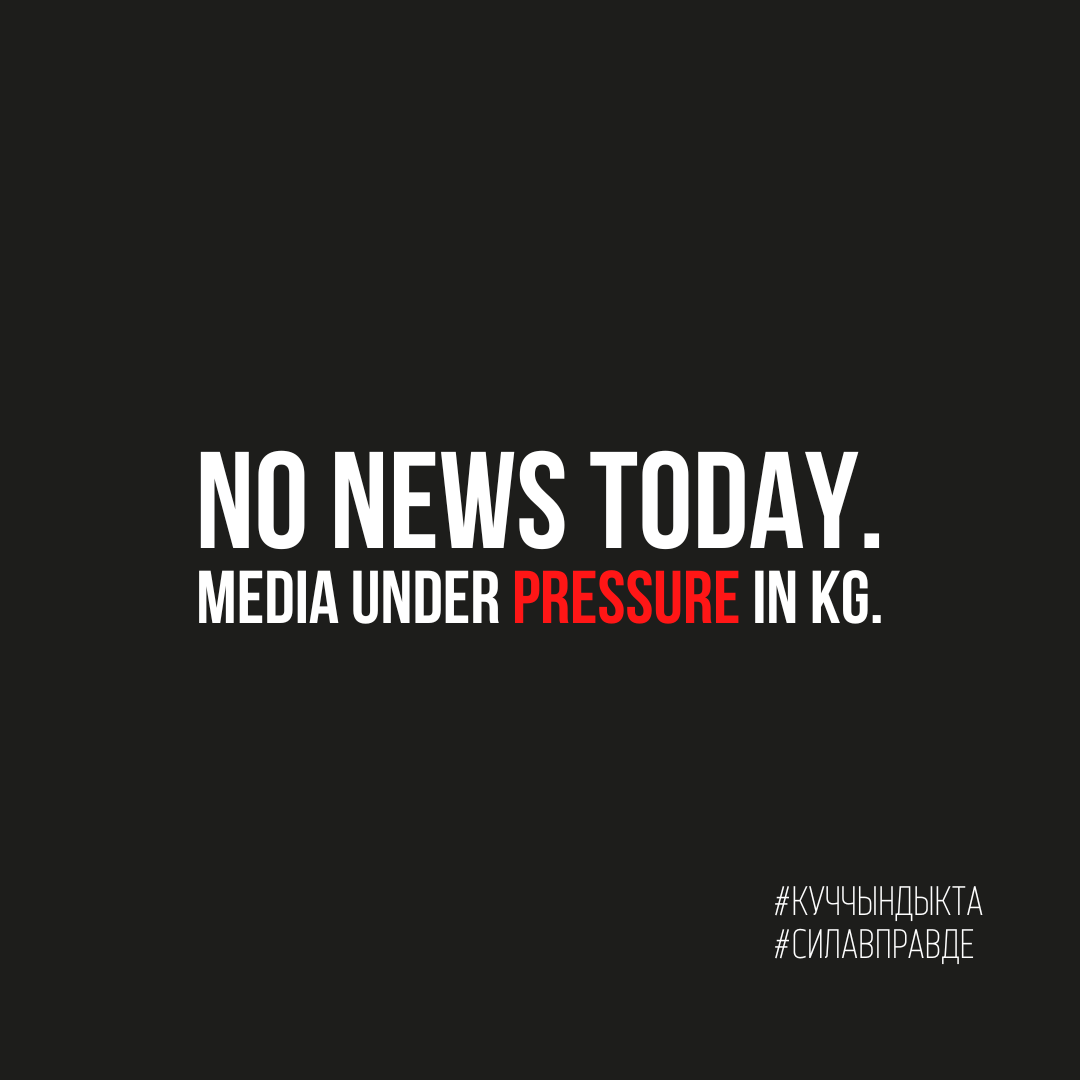 large-scale information campaign against pressure on the media with a single hashtag #күччындыкта #силавправде #powerintruth has taken place due to unprecedented pressure on free media in Kyrgyzstan.

This is Blackout Day - a one-time cessation of broadcasting/placement of news from 9.00 to 12.00 hours.

Within three hours, all media action participants: websites, TV, and accounts on social networks, instead of news, installed a black plate with the text: "There is no news. There is pressure on the media." 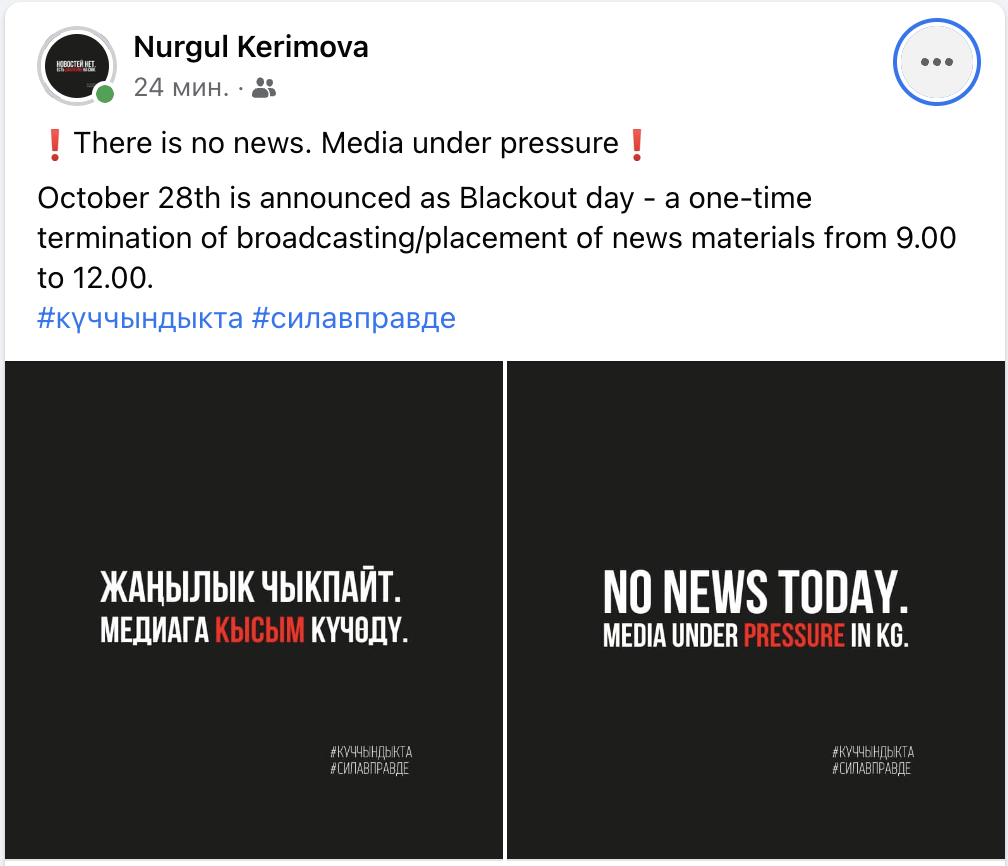 This online activity is held as a reaction to the illegitimate decision of the Ministry of Culture and Information of the Kyrgyz Republic to block the azattyk.org website.

The Media Community of Kyrgyzstan issued a statement calling on the authorities to stop the massive and unprecedented pressure on freedom of speech and freedom of the press.  They called to stop criminal prosecution against journalists, bloggers, civil society activists, and other persons who freely express their opinions.