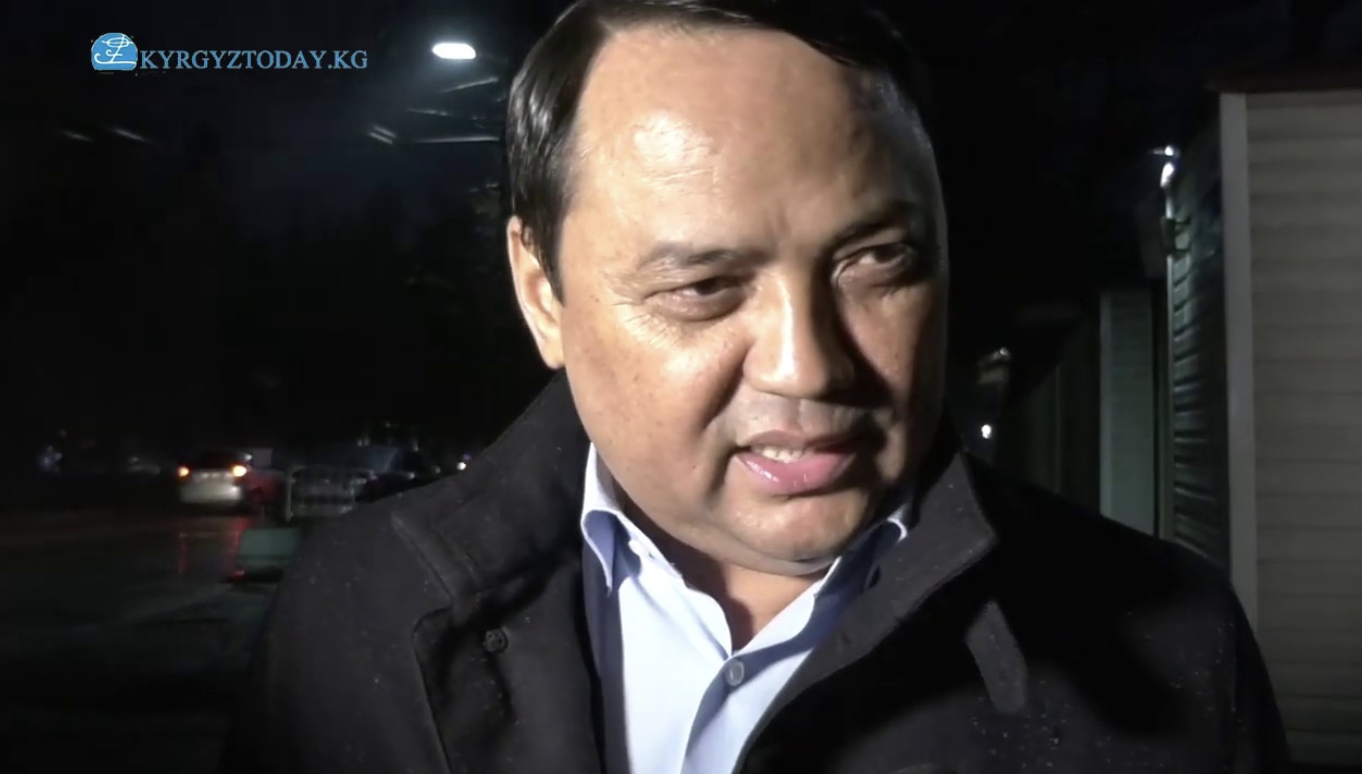 Since the beginning, Internews in the Kyrgyz Republic has observed the course of legal proceedings on the lawsuit against the investigative journalist Ali Toktakunov, as well as Azattyk media and Kloop.kg - the authors of investigations on corruption at the customs and smuggling, whose subjects were members of the Matraimov's clan.

Anna Kapushenko, editor-in-chief of kloop.kg, published an article about stopping the Matraimov clan's legal proceedings with the media.

See the full version of the article in Russian below:

The Matraimovs lawsuit against the Media: Litigation Terminated

The Sverdlovskiy District Court of Bishkek held another hearing on the suit to protect the honor and dignity of members of the Matraimov clan. The plaintiffs' side asked the court to stop the proceedings against the media because "the relevance of the claims has been lost".

"Through the clerk's office, we applied to drop the claims. Those facts, which we wanted to prove because of the case, were the criminal case investigation. They were given an appropriate assessment. The criminal case results were brought to the public. Therefore, we believe that this lawsuit is no longer relevant. We ask you to accept the dismissal of the claims in full and terminate the proceedings", - stated in court Tatiana Karyzhinskaya, the lawyer of Raimbek Matraimov and his wife Uulkan Turgunova.

The defendants did not object to this request. As a result, the judge dismissed the lawsuit - a second appeal to the court on this claim is not allowed.

Earlier members of clan Matraimovs in the person of brothers Iskender and Rayymbek Matraimovs, their wives Minovar Dzhumaeva and Uulkan Turgunova, and fund of a name of Ismail Matraimov have sent in Sverdlovskiy district court the statement on the refusal of the claim to journalists-investigators.

According to the document, the plaintiffs withdraw the application to the investigative journalist Ali Toktakunov,  and to the Azattyk media and Kloop.kg - the authors of investigations on corruption in customs and smuggling, in which the members of the Matraimov clan were involved.

"It should be noted that the sentence of the Pervomaisky district court of February 11, 2021 (...) on the charge of Raiymbek Matraimov of committing a crime under Article 319 of the Criminal Code of Kyrgyzstan has now entered into legal force", the statement says.

On February 11 of this year, Rayimbek Matraimov was found guilty of corruption, but he was not imprisoned due to a deal with the investigation. The court sentenced him to a fine of 260 thousand soms, and then released him, having canceled the arrest of his accounts, as previously the ex-deputy of customs has paid damages to the state of 2 billion soms - 1.4 billion in the form of money, and 600 million in real estate.

The plaintiffs also believe that they "no longer need to prove the falsity" of the facts of the journalists' investigation pointing to the illicit enrichment of Raiymbek Matraimov. And all because State Committee for National Security has closed the criminal case on illegal enrichment concerning the ex-deputy of customs, "having not found" property of Raiymbek Matraimov who confessed to corruption abroad.

"The decision made in this case completely refutes the fact of Raiymbek Matraimov's involvement in the withdrawal of 700 million [dollars] outside the borders of the Kyrgyz Republic. The results of the SCNS investigation (...) were brought to the attention of the public. Therefore, there is no need to prove the falsity and far-fetched nature of the circumstances mentioned in the journalistic investigations," reads the statement.

At the same time, there is evidence in the journalistic investigations that the Matraimov family has expensive property in Dubai and even a common business with the Abdukadyr clan, which controls the smuggling of goods to the EAEU through Kyrgyzstan.

Matraimovs' trials against the media

Litigation between the family of Raimbek Matraimov and journalists has been going on since December 2019. At that time, the former customs officer's entourage accused the publications Kloop and Azattyk and the journalist Ali Toktakunov of insulting the honor and demanded from them a total of 45 million soms.

The Matraimovs went to court after journalists had published a series of investigations in which they proved the involvement of the ex-customs officer and his family in corrupt schemes.

Members of the Matraimov clan demanded that the names of the journalists-investigators be declassified and that references to the family be removed from the investigation. At the same time, not a single meeting on the merits of the issue was held during the entire period.

Raimbek Matraimov served as deputy head of the State Customs Service from 2015 to 2017. He worked in this structure for more than 10 years. During this time, he established a corruption scheme together with the clandestine clan of the Chinese businessman Habibula Abdukadyr.

While Abdukadyr's family clan was involved in the illegal transportation of goods from China to Kyrgyzstan and further to other countries of Central Asia, Raiymbek Matraimov helped this scheme to work, while receiving "donations" to the accounts of his family's charity fund. Journalists proved that $700 million was withdrawn from Kyrgyzstan through this scheme.

The exact amount of money that Raimbek Matraimov and his relatives earned through corrupt schemes is still unknown. However, signs of his family's sudden enrichment were evident - journalists, for example, managed to find the Matraimov family's expensive real estate both in Kyrgyzstan and abroad.

In December 2020, U.S. authorities put Raimbek Matraimov and his wife, Uulkan Turgunova on the Magnitsky sanctions list because of their large-scale corruption in Kyrgyzstan.

After it became known on April 15 that the criminal case against Raiymbek Matraimov had been dropped, the U.S. Embassy reported its "disappointment," promising to freeze his assets.

"The United States remains committed to freezing his criminal assets abroad and working to return them to the Kyrgyz people," the diplomatic mission said.