Hate speech in the Election Discourse of Kyrgyzstan. Issue 3

This issue №3 is the result of ongoing multilingual media monitoring and analysis of online content in selected online publications and social networks regarding hate speech (hatred) in the discourse on the forthcoming parliamentary elections in Kyrgyzstan.

Media monitoring is based on both quantitative and qualitative methods such as critical discourse analysis and content analysis. During of the collection of baseline information and recording of incidents, computer-based linguistic analysis systems were used, and the manual method was applied to explore the content using special indicators .

The conclusions/findings are the result of an analysis of recorded materials from online publications and user-generated content in Kyrgyz, Russian and Uzbek languages from August 28, 2020 to September 7, 2020.

During the specified period, 1117 discovered materials were studied (which were considered as 100% for further calculations) from those posted in 65 online media, on forums under published news, in groups and personal accounts on Facebook, Twitter and Instagram2 .

The number of analyzed media in comparison with the previous period increased due to the monitoring of additional content in the Uzbek language.

Experts analyzed how journalists in online media, commentators on forums and social networks portray candidates from political parties representing different groups and minorities of Kyrgyzstan. The main attention was paid to the analysis of media relations for women candidates, broadcasting their images to the audience in discussions on various platforms.

The studied content for the reporting period more saturated as campaign materials appeared. But just as in the previous period, the media published a variety of news and articles, depending on the editorial policy of the publication or the position of the website in relation to a particular party or candidate.

The first conclusion/findings made by the experts, shows that the ethnicity of some candidates, as well as last month, was discussed in a negative context, and commentators and trolls continued to develop this topic, forming ethnic intolerance. This type of intolerance found in the media is analyzed in detail in the "Trends" section of this report .

The second conclusion/finding is that at the end of August - beginning of September 2020 there were fixed discussions with links to regionalism, which is one of the types of intolerance. Thus, this type of hatred has joined the list of detected hate speech trends. If from July 15 to August 278 , seven tendencies of intolerance in pre-election discussions were classified - ethnic, linguistic, age, gender, territorial, homophobia, Islamophobia - then by the end of the first decade of September the list of trends had increased and regional intolerance was included there.

The third conclusion/finding was that during the reporting period, propaganda articles, videos directed against political parties and candidates, which, according to the authors, are "pro-Western" and "grant-dependent", appeared on some portals and web pages.

In previous media monitoring, anti-Western rhetoric was not recorded, experts associate its activation with the campaign of agitation start.

The main package of recommendations will be developed at the end of October 2020 based on the results of the final media monitoring, which includes research data from July 15, 2020 to October 10, 2020.

However, the interim results recorded in the current period underscore the need to pay attention to the following factors:

2. The media should work to promote diversity in society, especially during the election period, and educate the audience to equally perceive all citizens of Kyrgyzstan, regardless of their affiliation.

3. The media should create a diverse range in their articles and reports, provide more information about the ethnic, linguistic, cultural, gender, religious, social and political diversity of parties, their aspects of programs in this direction.

It is necessary to inform the audience about how the parties are going to promote multiculturalism and tolerance, create conditions for the formation of a society in which “differences of citizens are not grounds for discrimination and do not influence political processes”, as declared in the National Development Strategy of the Kyrgyz Republic until 204013 .

4. Public speakers, opinion leaders on the Internet, users should understand the negative impact of hate speech, especially in conflict-sensitive issues, avoid citing it, using it in their speeches, do not use reduced vocabulary, do not share information containing erroneous identification and dividing statements in society. 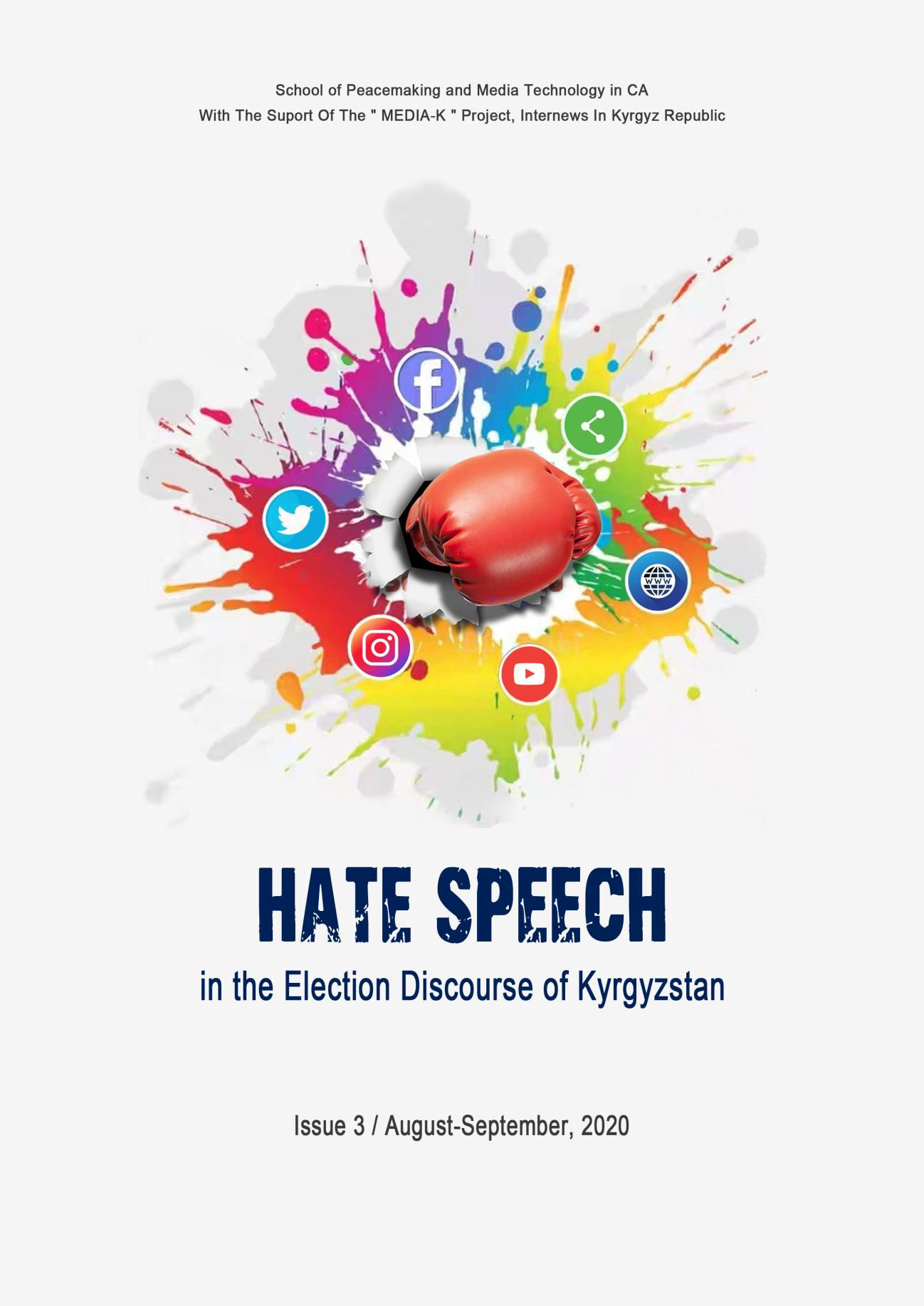