This report was prepared by the School of Peacemaking and Media Technology in Central Asia with the support of the Media-K project implemented by Internews in the Kyrgyz Republic.

This publication is made possible by the generous support of the American people through the United States Agency for International Development (USAID). The School of Peacemaking and Media Technology in Central Asia is responsible for the contents, which do not necessarily reflect the views of USAID, the United States Government, or Internews in the Kyrgyz Republic.

This issue (Issue 2) is the result of ongoing multilingual media monitoring and analysis of online content in selected online publications and social networks for hate speech (hate) in the discourse about the upcoming parliamentary elections in Kyrgyzstan in both Kyrgyz and Russian from August 16, 2020 to August 27, 2020.

This media monitoring is based on both quantitative and qualitative methods such as critical discourse analysis and content analysis. During the initial collection of information and the documentation of incidents, computer-based linguistic analysis systems, followed by a manual method, were used to study the content using special indicators.1

The main analysis of discriminatory language was focused on the media’s attitude towards female candidates, as well as towards members of different groups and minorities, the study of the portrayal of these groups in the media, and the dissemination of their images to the audience through discussions on various online platforms. Much attention was paid to the comments of users under news items in the media and on social media pages and groups.

The findings are based on the review of 1,068 documented materials (in the calculations, they are taken as 100%) 2 selected from 58 online publications and user-generated content posted in forums and in groups and on personal accounts on Facebook, Twitter, and Instagram.

Compared to the previous analyzed period, the quantity of content studied increased by three web resources due to automatic navigation through threads to related user comments when they respond to specific messages.

Media monitoring showed that the audience received varying information, both from political parties and bloggers themselves and from independent online media that are guided by their own editorial policies.

For that reason, the studied content of several media outlets with regard to one party or another was clearly “in favor of” or “against” it.

For instance, on the “Jalbyrak TV – September” Facebook page, critical news items were published on various political parties, but positive news items were always published in support of the socialist “Ata Meken” party. This media outlet is the internet site of the “September” TV channel, which was closed by a court ruling in 2017, during the rule of former Kyrgyz Republic President Almazbek Atambaev. According to media reports, the TV channel has been linked to Omurbek Tekebaev, the former leader of the “Ata Meken” political party and an opposition politician in relation to the authorities at the time when the TV channel was closed.

“Birimdik” and other political parties were criticized on the website of the “April” TV channel, which belongs to former president A. Atambaev, who is serving a prison sentence for corruption. 5 The “Social democrats of Kyrgyzstan” political party was opined about positively.

The first finding indicates that the flow of diverse information made space for pluralism, and people could share their opinions freely. Therefore, the largest amount of detected content with hate speech, approximately 89%, is comments (84%) and posts (4.8%). Almost eight times less news items and illustrations were recorded: 4.2% and 7%, respectively.7

The dynamics of hate speech content over the studied period demonstrated its growth (by 10%) in the detected cases. Experts explain this finding as due to the strengthening of public discourse on the upcoming elections as they approach as well as due to the election campaign.

The second finding of the analysis was the number of trends classified by types of intolerance. From August 16 to August 27, 2020, researchers identified four types of intolerance in the detected materials: ethnic (39%), linguistic (26%), gender-based (22%), and homophobia (13%). This classification was conducted by taking into account the presence in the detected content of abusive cliches or stereotypes related to minorities or other social groups, xenophobic statements and connotations, a personalized analysis of mentions of ethnicities and groups and the creation of a negative image of them, and accusations of having a negative impact on society.

In relation to the previous period of media monitoring, there were fewer trends, as seven trends were identified previously during the period from July 15 to August 15, 2020, including Islamophobia and age and territorial intolerance.

Researchers have also identified content discrimination, namely, the underrepresentation of female deputies and minorities in public speeches as well as their portrayal in the media.

The third finding shows the active use of trolling in pre-electoral discourse, which constitutes an additional understanding of hate that differs from classic forms of hate speech. Many of the detected texts had mixed signs of hate speech and trolling. In almost every online discussion, there were provocative and offensive messages with regard to one candidate or another, and other readers shared trolling comments in threads.

Based on the results of this research, the experts have developed several recommendations for overcoming discriminatory discourse during the pre-election period. 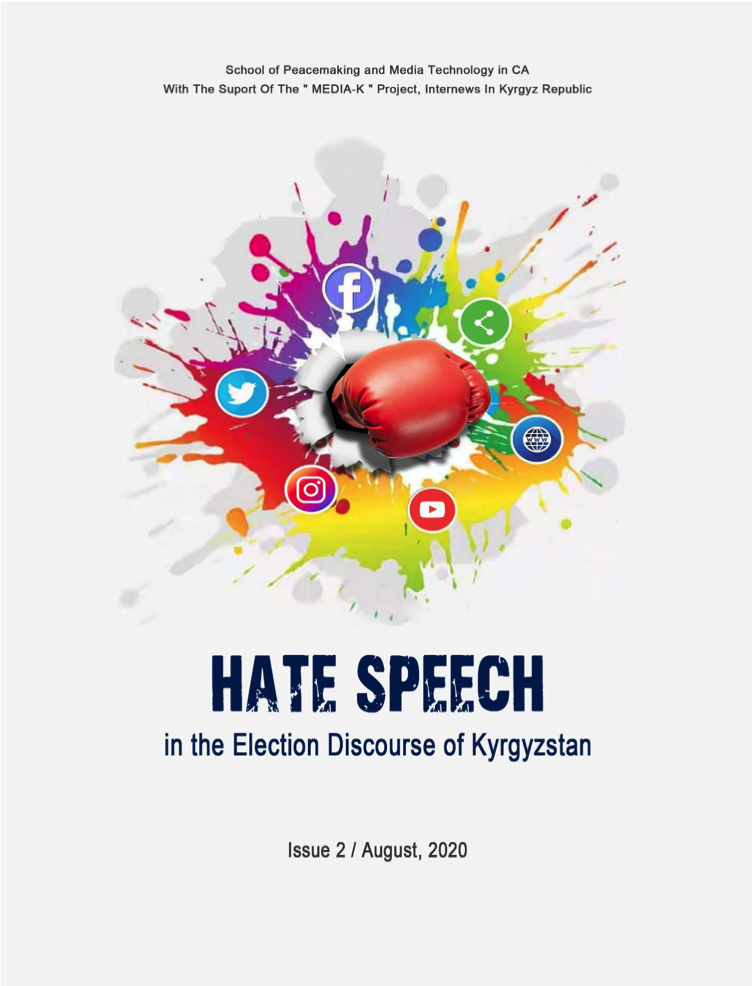