The civil sector’s statement on trials against media and journalists 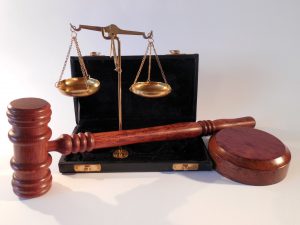 The civil sector’s statement on trials against media and journalists

The Kyrgyzstan’s Supreme Court has satisfied in full the unprecedented multi-million lawsuits initiated by the prosecutor general in defense of honor and dignity of the ex-president Almazbek Atambaev against the founders of the Zanoza.kg news website, the website itself, and other defendants. The proceedings were marked with significant procedural irregularities, lack of pretrial dispute resolution, and infringed right of defendants to adversarial trial. Court sessions were completed within the shortest time possible. Nevertheless, the judgments final and without appeal.

Although Almazbek Atambaev is no longer the president, enforcement agents have already started the levying of execution of judgments requiring the founders of Zanoza.kg Narynbek Idinov and Dina Maslova as well as the website itself (run by ProMedia Public Foundation) to pay 27 million Kyrgyz soms (equivalent to about 338 thousand US dollars) in total, and also claiming 3 million soms (over 43 thousand US dollars) from Cholpon Jakupova, a former MP, director of Adilet Legal Clinic.

According to expert estimates, annual online advertisement market volume amounts to about 1 million US dollars in the Kyrgyz Republic. So, one online media outlet is required to pay 40 per cent of the total market volume in the segment within a month. The claim of amounts which the defendants are certainly unable to pay contradicts to elementary human logic and is a direct evidence of persecution.

The situation where small media are forced to close down due to lawsuits by government and officials damages significantly the freedom of speech in the long term, increases self-censorship in media, weakens the role of media in communicating socially significant information to citizens and leads to overall socioeconomic and political decaying.

Human rights, media and international organizations have many times contended that disproportionate moral damage claimed from media contradict to the concept of freedom of expression vested in the Constitution, as well as to international agreements ratified by our country. Media may not be held so unjustifiably liable for their professional activities.

Moral damage should be proportionate. The UN High Commissioner for Human Rights has qualified the excessive compensation imposed by court as an illicit restriction of freedom of speech.

Thus, the judgments mentioned above damage the Kyrgyzstan’s image of a democratic state and, as a result, hit the country’s investment prospects and jeopardize prospects of stable economic and social development. Implementation of the government’s newly announced program Taza Coom can hardly be imagined without free media and support from the donor community that thoroughly monitors the situation, particularly with freedom of speech.

“I also undersign for freedom of speech”, - Islam Gurba wrote.

“As a citizen of the Kyrgyz Republic, I FULLY support the civil sector appeal regarding trials against media and journalists. I admire the courage and professional level of journalists and human rights activists who continue protecting democratic values in spite of significant pressure.

I am strongly convinced that a rule-of-law state cannot be built in our country without a Real Judicial Reform, and we need Freedom of Speech as Air. With deepest respect, Gulnara Bekbolinova-Dryer.

“I support your appeal. Yes, I also think that such judgments are against any logic in their claimed amounts and only pursue the goal of censorship using financial leverages. I am ready to undersign your appeal on behalf of Audit.kg LLC”, - Shamil Abdurashidov wrote.

“We closely monitor trials against media and journalists in Kyrgyzstan. We believe the recent judgment of the Supreme Court a precedent posing a threat to freedom of speech”, - noted representatives of Reporters Sans Frontieres”.