Statement. Media organizations urged not to hinder the activities of journalists 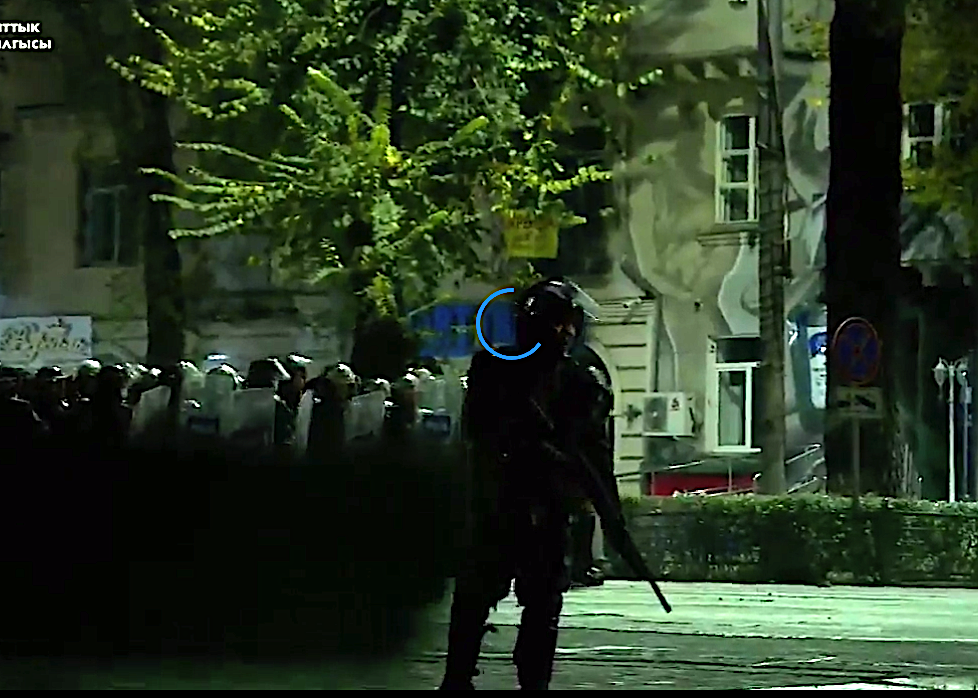 Screenshot from a live broadcast of Azattyk. Bishkek, October 5, 2020

On the night of October 5-6, while covering mass protests against the results of the parliamentary elections, a series of flagrant attacks on journalists, including attacks by police officers, took place.

Thus, the law enforcement agencies took away the mobile phone from the correspondent of the news agency "24.kg" during the live broadcast. An outrageous act of violence was committed against the journalist of “Present Time” Aibol Kozhomuratov: during a live broadcast from the scene of events, a riot police officer shot him, the reporter reported on his Twitter account.

Law enforcement officials also showed aggression against the correspondent of Vesti.kg, Eldos Kazybekov. The first time they threw a stone, the second time they tried to throw a noise grenade.

In the afternoon of October 6, other facts of obstruction of the professional activities of journalists and physical attacks on them by unknown persons were also reported. Thus, during the broadcast near the Government House, the Kloop crew was attacked by some unknown persons in order to obstruct their activities, as the editorial board reported during the text broadcast.

The editors of Govori TV also stated that during the coverage of events near the General Prosecutor's Office, unknown persons damaged the buttonhole of the film crew.

We emphasize that the shot of a special forces soldier at an unarmed journalist can be regarded as an attempt on the life of a person, responsibility for which is provided for in the Criminal Code of the Kyrgyz Republic in Art. 39 and 130.

Taking possession of a mobile phone is robbery, which is also a criminal offense (Article 201 of the Criminal Code of the Kyrgyz Republic). Also, for obstruction of the legitimate professional activities of a journalist, liability is provided in Art. 89 of the Misdemeanor Code.

Freedom of speech is one of the main achievements of sovereign Kyrgyzstan. The activity of independent media during the coverage of rallies pursues an important goal - to provide citizens with high-quality and objective information that directly affects their rights and legitimate interests.

To this end, the Constitution guarantees the right of everyone to freely seek, receive, store, use information and disseminate it orally, in writing or in any other way (Article 33). However, in the context of attacks and attacks on journalists, it becomes almost impossible to realize the mission of the media and provide citizens with timely and socially significant information.

Therefore, an encroachment on the life, health and property of a journalist is an encroachment on freedom of speech. This violates the fundamental human rights and freedoms enshrined not only in the Basic Law, but also in international treaties such as the International Covenant on Civil Political Rights, the Universal Declaration of Human Rights, to which the Kyrgyz Republic is a party.

These international agreements are an integral part of our legal system in accordance with Art. 6 of the Constitution. Inadequate provision of the safety of life and health of journalists, failure to take timely measures to prosecute the perpetrators of the attack on them are a gross violation of their obligations under the International Covenant on Civil Political Rights and other international treaties, which enshrine fundamental human rights and freedoms.

We call on all parties not to hinder the activities of journalists in the performance of their professional functions and coverage of the situation in the country. We also ask the law enforcement agencies to conduct a thorough check on the above facts, bring the perpetrators to justice and ensure the safety of journalists.

Independent Union of Journalists of Kyrgyzstan;