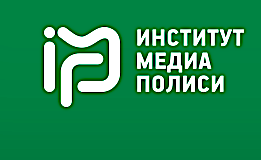 The Media Policy Institute has issued an opinion on legislative amendments that introduce the notion of political hostility. MPI lawyers have made a thorough legal analysis of the proposed amendments to several laws of the Kyrgyz Republic and the Criminal Code regarding their compatibility with constitutional guarantees of human rights and freedoms and with international standards for their protection.

The Ministry of Internal Affairs proposes to add the word «political», which in terms of the content of the norm will be related to the «incitement of enmity», that is, criminal responsibility for the creation of an organization whose activities will be aimed at inciting political enmity will appear.

— Thus, «national, ethnic, racial, religious or interregional hatred» will be added another - «political». And if in the listed protected characteristics, such as nationality, ethnicity, race, religion, or real affiliation, what object is supposed to be protected from «political hostility»? The interests of which category of citizens and from whom does the Ministry of Internal Affairs propose to protect in connection with this innovation? - Lawyers of the Institute pointed out.

Considering that the Ministry of Internal Affairs in the proposed bill does not disclose the concept of «political enmity» and does not give it a legal definition, lawyers believe that the proposed addition to article 314 of the Criminal Code is extremely dangerous and unconstitutional. A broad interpretation gives the will for law enforcement officials (both courts and pre-trial authorities) to decide the fate of citizens under the above-mentioned article for terms of imprisonment of two to five years. The authors of the opinion quote Professor Viktor Luneyev, who at one time when introducing similar amendments to the Criminal Code of the Russian Federation, noted:

In trying to defend themselves against possible extremism, Elite circles have included not only traditional racial, national, and religious hatred (enmity) but also ideological, political, and especially social hatred among the motives for its perpetration. Such open legislative cynicism on the criminal-legal protection of the interests of the oligarchy, its ideology and policy cannot be found in any Criminal Code of Western European countries».

The conclusion points out that in setting limits on constitutional rights and freedoms to combat extremist activities, a balance must be struck: on the one hand, the public interest must be protected (protection of the foundations of the constitutional order of the Kyrgyz Republic) and, on the other hand, protection of the human and civil rights and freedoms guaranteed by the Constitution - freedom of conscience and religion, freedom of speech and the right freely to seek, receive and transfer, To produce and disseminate information by any lawful means, the right to assemble peacefully, without arms, and the right to hold meetings, rallies, demonstrations, and processions. The proposed amendments give law enforcement officers unlimited and dangerous powers to apply the law to the detriment of constitutional rights and freedoms by prosecuting political opponents or citizens for dissent.

Such initiatives, which unreasonably and arbitrarily expand the range of acts and allow the law enforcement authorities to interpret any action as extremist to prosecute unpopular citizens are unconstitutional and unlawfully restrict human rights in a democratic society, and the bill must be rejected.

The report details: What is political hostility? How did the amendments to the Criminal Code contradict the Constitution? Why did the proposed amendments contradict international legal instruments in the field of human rights and freedoms? An analysis is made of the justification information where there is virtually no justification for the bill.

The full report and analysis in Russian here.

Conclusions and proposals by MPI lawyers The proposed innovation allows for the political hostility characterization, with all the attendant consequences of any acute political debate on social issues. Therefore, there is clearly no adequate qualified enforcement in such cases. As a result of this defect, the law enforcement authorities, in assessing acts of political hostility, will in practice apply an arbitrary interpretation, which will certainly lead to an inappropriate or disproportionate interference in the exercise of the constitutional human and civil rights and freedoms - freedom of conscience and religion, freedom of speech, freedom to seek, receive, transmit, To produce and disseminate information by any lawful means, the right to assemble peacefully, without arms, and the right to hold meetings, rallies, demonstrations, and processions. Based on the above, the public foundation «Media Policy Institute» requests the Zhogorku Kenesh to reject the concept of the bill and return the draft normative legal act to the initiator. Lawyers have also asked the Government to consider withdrawing the bill from the Zhogorku Kenesh, as certain norms threaten universally recognized human rights and freedoms.